Who is Joseph Yarnell?

This is a question we receive daily at our Studio. Jerry’s official name is Joseph Jerome Yarnell, Jr., but everyone calls him Jerry. The history around this is Jerry’s father is also named Joseph Jerome Yarnell, so to tell them apart, his parents began calling him Jerry. The name Jerry became the name everyone knows him by and it has served him well in his professional career as an artist. Jerry actually has two careers…

Jerry the Artist you see on his very popular PBS TV show Paint This with Jerry Yarnell® which airs worldwide, and the number one art show of its kind in Canada. Also, Jerry at his successful private art school, The Yarnell School of Fine Art in Skiatook, Oklahoma. And as well, Jerry the Author of 16 books on painting instructions. Jerry has an intense desire to share his painting ability with others, and this unique talent makes him stand out from the ordinary. His beautiful new teaching site is YarnellSchool.com.

Yes, there are TWO sides to Jerry, the one you see on television and has a passion to teach and to share the art…then there is “Joseph Yarnell”, a commission artist of museum quality fine art for collectors. For this part of his career, he goes by his legal name, Joseph Yarnell to separate the two careers: teacher versus master artist. The Yarnell Commissioned Paintings Program provides collectors an opportunity to own an original custom work of art to fit their special needs. If you want to get to know Jerry as an award-winning collectible fine artist, he is known as Joseph. His beautiful fine art collections (and full bio) can be viewed on his Gallery site at JosephYarnell.com

Jerry and his Bride Ms. Donna’s world has evolved into a thriving Yarnell Family Community with a following of over 60,000 students – a great many students who have also become collectors of the Joseph Yarnell fine art pieces. Together, Jerry & Donna’s focus is on fulfilling the A-Z needs of any artist at any skill level – all in a Christian environment.

Jerry In The Media: 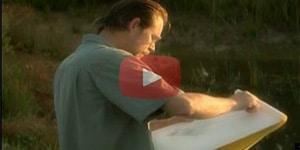 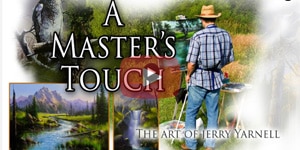 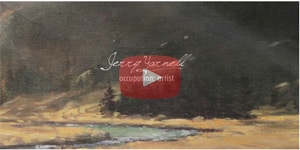 JERRY IS ALIVE AND WELL! Please help us DEBUNK the information that many of you are seeing online! There is another person named “Jerry Yarnell” who passed away. We do not know this person but know that he is NOT OUR JERRY! Internet searches UNFORTUNATELY are co-mingling this person’s death with our Jerry. Thank you for your concern and assistance! Dismiss